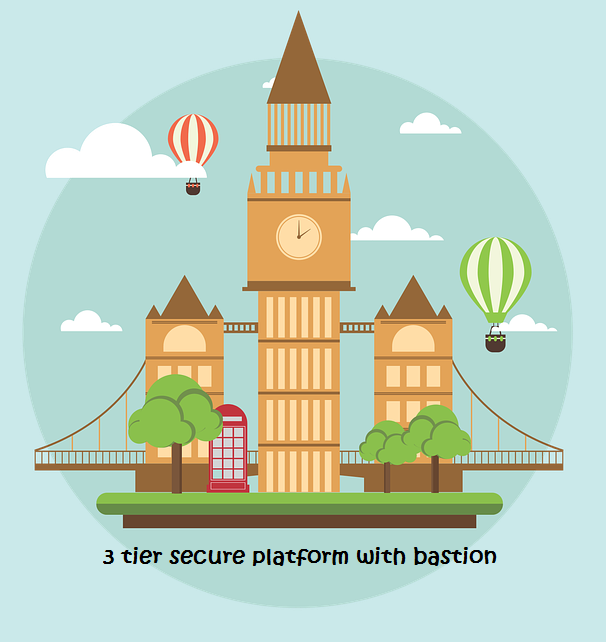 Ever wanted to migrate your 3-tier platform to the Cloud and take advantage of Docker? To get an efficient and secure architecture to start building your project, you will need:

Below is a diagram representing a 3-tier architecture that I use in prod, with example of front / app / DB which can be adapted to your needs. 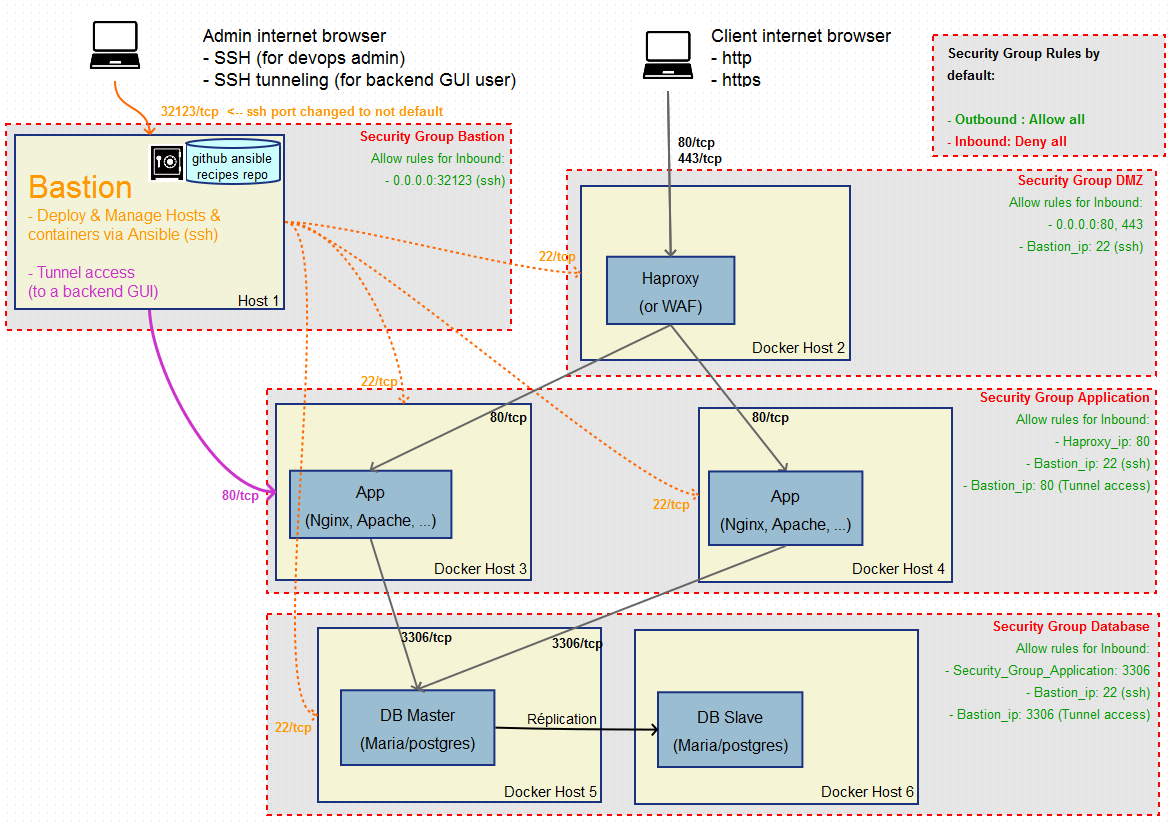 Docker permit to deploy a packaged application with ease. You can be sure that wherever you deploy Nginx (for example), it will behave the same on every host. Nowadays you can find docker image of all the popular apps, and if missing, you can create your own one in few steps.

To deploy these public docker images, Ansible will gives us all the flexibility to download, customize and run the containers, locally or on remote host.

Ansible tools will be installed on Bastion, because this server will have the access key to all servers. More on Bastion below.

With Docker and Ansible, you can redeploy all your infra, in another Cloud within minutes:

The most important aspect is the segregation with security groups (firewalls) and the presence of bastion, which filtered access.

This host acts as the only SSH access door to all our infra (on all other servers, we block port SSH ports access from the outside). We will activate high security on that host (2FA, pubkey-only access, access monitoring) so we can closely control admin access and outside world attacks.

Below are commands to secure SSH connection on your Bastion. Always keep a console open somewhere in case of a bad config.

User greg then Log in remotely via his private key:

From another console, try to connect

Configure SSH to use Google Auth

And setup 2FA for Greg:

Activate automatic upgrades to not miss any security updates of OpenSSH:

Critical components (like the DB) should be segregated and only have minimal access from/to the outside. With security groups we only allow only known flows and components to talk together.

One more step (not represented here) could be to set all outbound to deny by default, and open only specific access to the outside.

And try to connect from another console (don't close the first console before all is working fine!)

As bastion is now locked, we control the connections from this point only. It makes then lot of sense to monitor SSH logs. With ELK, you can create a dashboard to differentiate successful and denied accesses. Have a look to this post to setup ELK.

Thank you for reading :-) See you in the next post!